Last summer I rode along with a friend of mine, who is a St Paul police officer. I wrote about it here. Just the other week, I was able to do it again. We did it on a Saturday night (4pm – 2am shift). I figured I would stay until around 11pm (when he usually returns to the station for some paperwork) before returning to the field to finish his shift. But plans changed and I didn’t get back in my car until 2:30am.

From Slow to Exciting in a Hurry

It was lightly raining in St Paul, MN and that causes people to stay indoors. It was dead! We just drove around and chatted, clearing the lowest level calls (teenagers being loud at a fast food restaurant). I didn’t mind too much because we talked a lot. Then we got an interesting call.

A woman called from a park and stated her boyfriend was at the home, assaulted her, and said he was going to kill her. She had physical wounds to corroborate the assault and the police took it very seriously because he had several weapons in the home. We went there and tried to get him to come outside by calling his cell phone. He eventually answered and refused to come out. Long story short, over the course of the next 90 minutes about 15 officers arrived, several were swat, and closed the street, surrounded the home, and put themselves behind their cruisers. They were afraid he was going to come out firing. Eventually, they got him to come out without weapons and surrender. He was arrested for assault and we took him to jail (trip #1 of 3 for the night). 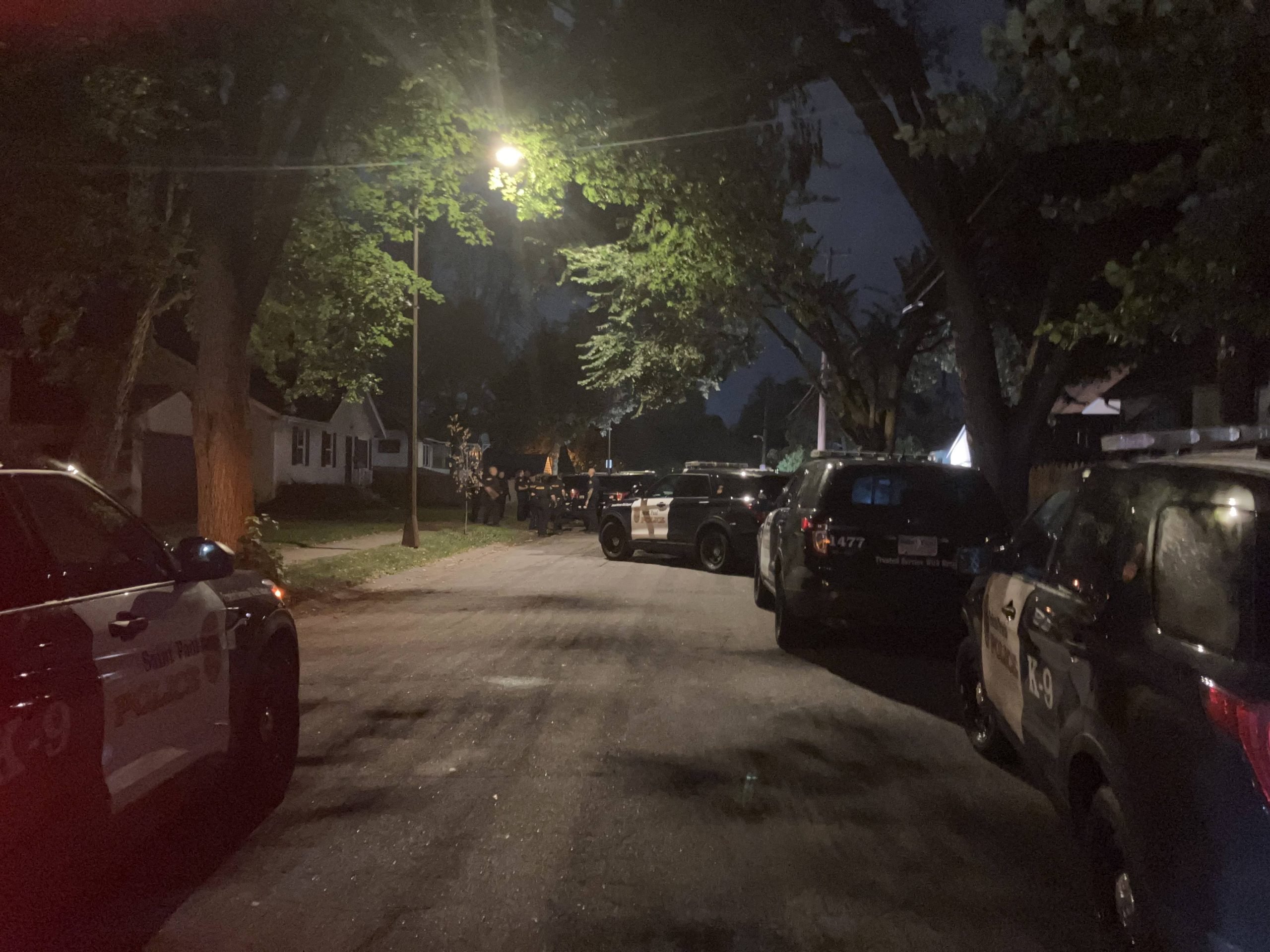 We spent about an hour at jail processing him and getting him booked before going out on the road again. Almost immediately after, a call came in about a boyfriend brandishing a gun and threatening his girlfriend. The guy was still there, so we went lights and siren to the location. The girlfriend’s story had holes in it, but there was enough evidence to arrest him (prior assaults was a big factor). While no assault had yet occurred, the risk of letting the guy go back and potentially harm her was too much. He had to go to jail to get booked. The sad thing…he just got out of jail that morning. Off to jail for the second time.

The Manhunt & Jail a 3rd Time

It was just before midnight and we stopped to grab a quick bite. The next call came at 12:30am, and this one was exciting. A carjacking with police in full pursuit. We went lights and siren, but much faster than last time. The officer I was with was going to head off the car and throw down a spike strip. See the video below – you can hear the officer in pursuit stating the kind of car where they are. My friend responds with where he was going to meet them and throw down “sticks.” At one point you hear the engine speed up even more because he had to get to the intersection in time.

I wish I would have kept the video running, but it was getting intense. A block after I stopped the video, we stopped, the officer ran to the back of the car to get the spikes and yelled, “Jay, get down.” I was in the car ducking low below all the glass. Cars were all around I had no clue where this one was coming from. The carjacked car stopped 1/2 block from us and the suspects bailed, so we pursued in the car hoping to block them off. Within two minutes there was a full perimeter set up several blocks from where they bailed. On the patrol’s computer we saw about 15 cop cars (each car has 2 officers) participating in the perimeter. Several were driving within the perimeter searching. For about an hour we just held our position in the car. A K-9 unit arrived to search for the suspects.

Eventually (maybe 30 minutes later), a helicopter arrived to assist the search. Within a few minutes the helicopter found the suspects and radioed their position – hiding under some bushes. As the K-9 approached and yelled their presence, the suspects started running. This cat and mouse went on for another 30 minutes as the perimeter got tighter and tighter. Eventually the suspects realized it was over. They had already ditched the gun (which was found) and it was a very peaceful arrest, nothing like what you see on TV. We took one of the three suspects to jail – my 3rd visit of the evening, at 2am. This time the processing center at the county jail was packed with officers booking people – a busy Saturday night.

So, what is it like in the car taking someone to jail? It’s actually pretty chill. The suspects often ask why they are going to jail and state they didn’t do anything wrong. My friend doesn’t say much, doesn’t engage them. He just responds that it will all be sorted out when they speak with the investigator. He turned up the hip-hop music and the two of us just talked on the way to jail. My friend told me he plays hip hop because it calms the suspects down. One time he asked the suspect if hip hop was OK or if he wanted something different. In my two ride alongs, I have been to jail four times. Every time it was a peaceful, orderly process with respect shown by the officer and by the suspects. Definitely not what you see on TV.