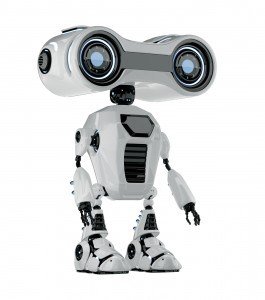 What Is A RoboAdvisor?

A Roboadvisor is nothing more than today’s asset allocator tool with a few perks. In the past, many advisors relied upon Monte Carlo software, their firm’s own risk questionnaire or some financial program to identify an investor’s risk preference and suggest an allocation of securities. The Roboadvisor platform does that, and recommends a portfolio of securities, such as exchange-traded funds (ETF). The ETF’s are usually low cost (much lower than an actively managed mutual fund) and the program fee for Roboadvisors is very low.

No longer does the advisor have to remember to rebalance the portfolio or do tax selling at the end of the year, many Roboadvisors do that for them. Advisors no longer need to stay on top of star mutual fund managers departing or other corporate shake ups. The Roboadvisor programs will make adjustments based on algorithms that identify such a need. The Roboadvisor actually can help financial advisors by freeing up their time to more important things, such as financial planning and behavioral coaching.

What a Roboadvisor is Not

A Roboadvisor is not a financial advisor.

Several months ago I was giving a presentation to investors in Ft. Lauderdale, FL when an individual approached me afterwards and asked whether he would need a financial advisor now that he could just use a Roboadvisor. Absolutely! I explained to him that when the market suffers significant losses (which will happen at some point) he will be just as likely to abandon his Roboadvisor portfolio as any other portfolio. That is because investors are influenced to act based on short-term outcomes, especially if those outcomes are losses.

It would be unwise to think that an asset allocation program, no matter what it is called, can mitigate the natural and innate urges investors have to do the wrong thing at the wrong time. We are hardwired to be efficient at living life, but those same shortcuts often influence poor investment decisions. In the past, if you have purchased securities after they went up and/or sold due to losses, you will be tempted to do the same whether or not you use a Roboadvisor.

The Hidden Cost of a Roboadvisor

Roboadvisors may appear to save you money, but that is only if you can remain rational at all times. Most investors cannot, and there is a cost to making bad investment decisions. Vanguard has found that using a good, qualified advisor that is trained in “Behavioral Coaching” can add 1.50% per year return to a portfolio by avoiding impulsive and emotional decisions. Roboadvisors do not listen. They do not coach. They receive inputs and deliver outputs. They are algorithms.

Before you sign on with a Roboadvisor be sure you understand the true role of a Roboadvisor and its limitations. It may be a great tool to use, but it should not be viewed as a replacement for human advice and coaching.