A few weeks ago on the podcast, Masters in Business, Barry Ritholtz interviewed former securities analyst Henry Blodget. It was a fascinating interview with Mr. Blodget that left me pondering several items, including a lesson that I believe all investors could benefit from. 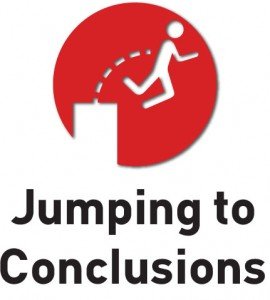 Mr. Blodget became the poster child for Wall Street’s “conflict of interest” when an internal email was made public in which he discussed putting “Buy” ratings on stocks/companies that were POS (pieces of ….) This was perceived by the media and public as deception. The story is that Wall Street firms underwrite these companies, tell us how great these stocks are with “Buy” ratings and high price targets while berating them in private. Whether this was true or not, the perceived message was loud and clear. Mr. Blodget was issued a guilty verdict by the media before his story was even heard. He ended up being charged with civil securities fraud and ultimately settled for a chunk of money and lifetime ban from the securities industry.

In the podcast, Mr. Blodget tells his side of the story. He explains that within investment firms there can be disagreement and conflict among analysts – they don’t agree on everything. His infamous email, he explains, was sent to others in the organization to express his opinion that many companies were receiving “Buy” ratings that he believed did not deserve them. According to Mr. Blodget, there was no intention to mislead investors; it was a disagreement among analysts. Regardless, his email was perceived as deception and he became the public scapegoat.

We often jump to conclusions based on known information, which we often obtain from the media. We are quick to point fingers and resolve a situation. Sometimes we find someone guilty before we hear all the evidence – just one side of the story is often sufficient for us to render judgment. While one side can be convincing, there are usually two sides to every story.

Investors often jump to conclusions. Having read or heard an analyst on TV provide a forecast and provide confirming evidence, they promptly render judgment, deciding to either buy or sell an asset based on that opinion. What about the other side of the story? For every seller, there is a buyer of a security. Someone is going to be wrong. How can you be sure your information and subsequent decisions are better than the other investor?

Most, if not all, humans are influenced by the availability bias. The availability bias influences us (subconsciously) to believe those things we hear most often – information that is easily recalled. The more you hear one side of a story, the more your confidence increases and you believe that side of the story is factual and correct. The more the media discusses an investment, the more likely it will influence your opinion of that investment.

And just because we don’t hear contradictory evidence doesn’t mean there is none. The brain’s default is to focus on those things we consciously know, however when it comes to investing it is important to seek out information that is not being told. We must remember there is always another side to the story.

Next time you are influenced to purchase or sell a security, it may be wise to make sure you have considered all facts/evidence – not just what you have heard so far. And if you can’t find contradictory opinions, you aren’t looking hard enough. If you are interested in buying a security, understand why someone would want to sell you the security at the current price. That may help to broaden your spectrum and ensure you take a more thoughtful approach to your decision-making process.