Something that is optimal is best or most favorable. Whether we are discussing choices, strategies or outcomes, we want the best for ourselves. In many circumstances the optimal path results in the best outcome for us. However, when it comes to investing, the optimal path is not only seldom best for us, but may be detrimental to our future outcome.

Optimization May Not Be For You

In mathematics, computer science and financial analysis there is a lot of “optimization”. Optimization is nothing more than using math (equations/models) to determine the best outcome from a set of alternatives. This works great for websites, math problems and in a host of other situations, but not so well when it comes to optimizing personal financial choices. This is because of the “human effect” and assumptions made by optimization models.

We make a lot of assumptions in life. They are necessary to solve problems when we do not have sufficient information. Most of the time assumptions work out just fine, but when assumptions run contrary to reality we have a problem.

Make Sure Assumptions Are Realistic 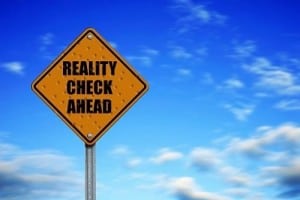 Optimization models assume people are “rational agents”. A rational individual is defined as someone that is not influenced by feelings, makes no cognitive errors, and as Richard Thaler likes to say, does not misbehave. Harry Markowitz, who created the Mean Variance Optimizer – and assumes a rational agent – said “The Rational Man, like the unicorn, does not exist”. Richard Thaler said he has never met a truly rational agent.

A few years ago I was attending a large financial conference and heard a very well-respected individual describe the findings from an optimization model he created. He spent about an hour reviewing his thesis and how it could help investors. There is no doubt he spent considerable hours and brainpower trying to solve a problem. However, during the Q&A he was asked what happens if the investor has biases. He responded that in such a case the optimization problem wouldn’t work. I about fell out of my seat! I just wasted an hour of my time learning about something that doesn’t apply to humans.

This is the crux of traditional finance theory (which dictates how we should behave) and behavioral finance (which recognizes how we actually behave). Optimization is made for the rational being, not the human being. But that doesn’t mean we should completely ignore it or throw it out the window. Perhaps it would be useful as a starting point.

Every time we hear that something is “optimal”, we often think it is optimal for us and jump into it without much thought. When it comes to financial decisions and investing, what is optimal may not be optimal for you. Instead it may be a good starting point to consider how the findings relate to you, and make adjustments based on your personality and preferences so the “optimal” path becomes optimal for you.