Over the past several months Americans have experienced a financial windfall in the form of lower gas prices. This has increased our discretionary income (money that we use to buy whatever our hearts desire), yet economists are perplexed that retail sales are stagnant – they expected a significant increase in sales. This may be due to the perceived robustness of the stimulus. 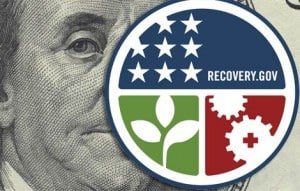 Consumers are rightly skeptical when some stimuli, be it a government act such as a tax cut or a market act such as lower gas prices, appear to be short-term in nature. This is because we know that it will end; at some point our take home pay will revert to our long-term average. Here are some examples of stimuli that have not had the results economists and politicians were expecting:

1) Payroll Tax Cut – There is no doubt the payroll tax cuts increased demand, but not to the extent economists would expect. Studies have shown that the spending came from the wealthy (who benefit less) and the middle class tended to save the extra money.

2) Quantitative Easing – Despite years of bond purchasing to drive down interest rates in an attempt to kick start the economy, the recovery has been very tepid and inflation remains very low. One reason may be that QE is an artificial and temporary program. People expect rates to move higher (reversion to the mean) which may cause the economy to slow down. They don’t want to spend more now and saddle themselves with additional debt if they expect the economy to cool in the future.

Any stimulus perceived as being short-term in nature may provide some positive catalyst to the economy, but usually it is at a lesser magnitude than expected. Because of our skepticism, a temporary increase in discretionary income usually increases our savings rate, not our consumption. We choose to pay down debt and save more, which isn’t bad, but it certainly doesn’t do anything to help the economy in the short term…which is what the stimuli is trying to do.

Long-Term Stimuli are Necessary to Stimulate

If economists and politicians want the consumer to change their spending behavior, they need to focus on making stimulus programs more permanent. The more durable the program, the more likely it is to have a positive, immediate influence on the consumer. For instance:

1) When Bush tax cuts were originally passed it did little to boost the economy. Similar to the current gas price situation, people ended up saving the additional “windfall”. Yet, after Congress voted to make the tax rates permanent, spending increased significantly. Because the cuts became permanent people could budget their future income, and due to increased savings they were in the financial position to increase their consumption.

2) There is much debate about the effectiveness of QE. General consensus is that it worked to some effect, but there is no doubt this is one of the most tepid recoveries we have ever experienced, especially given the magnitude of the stimulus. Part of this may be because people believe rates won’t stay this low forever, and at some point we may have to pay for it. That may have contributed to the consumer not spending as much as experts expected…keeping both the economic recovery and inflation very low.

3) Another reason this has been a tepid recovery may be because wages have been stagnant for years. Wages are a long-term stimulus – a raise is usually something a worker can count on going forward, and is not expected to be taken away in a year or two. It is usually a new base that can be grown over time. So when wages increase, consumers have greater confidence to spend. If we begin to see wages increase, and there are signs we may, then we can anticipate a more positive economic result than another short-term stimulus program.

It’s All About Perception 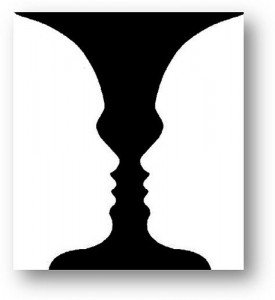 What is more important about the news of the day or the stimulus program of the year is how consumers perceive it. If they perceive it to be short-term in nature, it cannot be relied upon and our spending behavior is likely to remain largely unchanged.

If, however, the stimulus is perceived as being permanent or at least long-term, then it may provide the consumer with the confidence necessary to spend more today.

The brain detests uncertainty. Short-term stimulus programs do not help us because they don’t provide certainty. All it provides is the certainty that we have more money today, but who knows about next year. Long-term or permanent programs provide the certainty that allow consumers to evaluate their personal budgets and make decisions about the future.