I love learning about the brain. It’s amazing what it can to do. It’s memory, the efficiency and the tricks it plays on us. I am the guy at the museum who is staring at the brain specimen just wondering how all of that works. There are no semiconductor chips in there, just a bunch of blood vessels and grayish mushy stuff. Amazing!

I think I have found my passion in life: understanding the workings of the brain with respect to the decisions we make. It’s about improving the decision-making process. Being efficient and confident in our choices – and also being right. Not being fooled! Oftentimes, we get fooled. Sometimes we recognize our errors and other times we let our ego take control and either blame circumstance or rationalize our poor decisions. I have been known to do both. However, I am working on recognizing my errors and trying to learn from them. In order to do that, I think it is helpful to understand basic strengths and shortcomings of the brain. 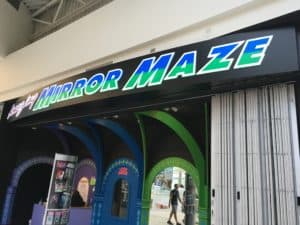 Earlier this year I was at the Mall of America with my family (we live 20 minutes away). We decided to check out the Mirror Maze and compete to see who would win. Something very interesting happened less than five minutes in. I became very disoriented. I held on to my wife’s arm; my brain was confused and I became frustrated that I couldn’t tell the difference between the actual hallway and a reflection of the hallway.

Within a few minutes I said, “Get me out of here, I am going to be sick.” At first she thought I was joking and trying to “win” before everyone else, but once she looked at my somewhat sweaty and pale face, she knew I meant business. She got me to the exit and I told them to go keep enjoying themselves, no rush..I will just sit down in the mall. However, as I sat down I got very flush, started sweating and that feeling came quickly to my gut…I was going to throw up. I walked as fast as I could to the bathroom, finding garbage cans along the way in case I couldn’t make it. I made it, and waited for it to come. It never did. Instead I got to experience nausea for the next 45 minutes. 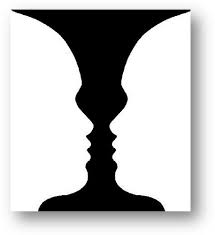 This reinforces how important perception is to what we do – both physically and mentally. And sometimes the brain can really play tricks on us. I knew I wasn’t spinning around, but I couldn’t override what the brain perceived. It’s perception trumped my reality.

This is similar to being in an emotional situation. While we would all like to allow rational thought to guide our decisions, emotions can temporarily overrule logic – it can twist things to make irrational choices appear logical. When that is the case, the best thing to do is (1) recognize we are influenced by emotion (2) delay our response until the emotion subsides and real logic returns.