It is well known that market volatility can cause fear and irrational behavior among investors…namely selling assets after a significant decline in prices. However, in this post I am going to make the case that investors need more volatility in order to improve their investment behavior, and that the recent low volatility is harming the investor psyche. 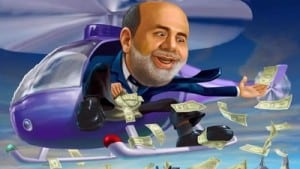 The prior Federal Reserve Chairman, Ben Bernanke, was given the nickname “Helicopter Ben” by many critics of his policies. This is because he was viewed as coming to the market’s rescue every time there was an uptick in volatility. The cash infusion was in the form of quantitative easing (purchasing bonds, thus transferring cash in the economy). There were a total of three easing programs because after the first and second ended, the markets became volatile (taper-tantrum) and “helicopter Ben” came to the rescue by creating another easing program. The Fed’s continuous near zero interest rate policy, with fear of increasing rates just 0.25%, is concerning. The Fed feels that it has to move very slowly for fear of volatility. The problem is the lack of volatility has lulled us into a false sense of stability.

The Wall Street Journal reported on March 18, 2015, “The Fed­eral Re­serve is about to in­ject un­cer­tainty back into fi­nan­cial mar­kets af­ter spend­ing years try­ing to calm in­vestors’ nerves with ex­plicit as­sur­ances that in­ter­est rates would re­main low.” I didn’t know that calming investors’ nerves was one of the Fed’s mandates. They should stick to employment and price stability and allow investors to manage their nerves…it might do them some good.

Humans are very good at adapting to our changing world. Adaptation is a change in behavior that allows us to be better suited for our current environment. Studies show that anticipation of a future event is often more intense than the actual experience, whether it be a positive or negative event. When we are anticipating a future change we have not yet adapted to the new normal, so we project the initial surprise/shock into our long-term future. However, after the change we find a way to adjust to the “new normal” and life goes on.

In the book Man’s Search for Meaning, Frankl describes how within a few weeks of arriving at a concentration camp, prisoners were no longer bothered by witnessing the beatings of their cohorts nor the daily deaths. They had become desensitized in a very short period of time. Their psyche had adapted very quickly to their new environment so they could function on some level and increase their odds of survival.

Over the past several years we have become desensitized to volatility. There has been none in the market. This is concerning. This means that if volatility were to present itself suddenly, we may not be able to cope with it. Initially, it would be a shock to our system, and being loss averse, may tempt us to sell upon experiencing unanticipated losses.

The Need For Volatility 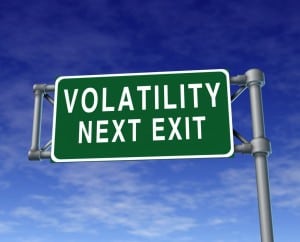 Volatility in the markets creates stress. Most of the time we view stress as a negative force. But stress, in reasonable amounts, is actually beneficial and necessary. If you are at the gym trying to strengthen a muscle, you lift weights. That weight acts as a stress to the muscle, ultimately making it stronger. If a muscle were to never be stressed it would be in a state of atrophy. If a weight were placed on us, we would be unable to move. This also applies to our psyche. With occasional stress we learn how to deal with it, and it makes our personality and spirit stronger. Many people, having lived through a very stressful tragedy, will look back and view that stress as something that made them the person they are today. They dealt with the situation and made the most of it. Without stresses, it is very hard to progress in life.

Without volatility, we may not be able to progress as investors. It doesn’t take much to invest in a FDIC insured CD (which exhibits zero volatility). The past years of artificially suppressed volatility give the perception that there is no risk out there. I am not advocating for a significant degree of volatility; that would not be good. I do believe that more frequent, low magnitude volatility can be very beneficial for the investor. Frequent volatility will discourage investors from speculating on short-term outcomes, and they would need to adapt to a longer term view of things – which is what investors should do in the first place. Volatility doesn’t cause losses, it’s investors’ reaction to volatility that causes losses. In a recent LinkedIn post by Dr. Daniel Crosby he said, “It is simply hard to overstate the wealth destroying impact of volatility-borne irrationality.” If we become accustomed to the presence of volatility, we will be less likely to act irrationally when it happens in the future, thus making us better investors.

One of the great benefits of speaking to groups of financial advisors and investors across the country on the topic of investor behavior are the stories and experiences. Investors don’t necessarily fear a market correction, rather they are afraid of the “unknown unknowns” – the Black Swans. Black Swans are events that are unpredictable and of significant consequence. People are afraid of the next shoe dropping. Nassim Taleb, author of Antifragile (and The Black Swan) said, “The more variability you observe in a system, the less Black Swan-prone it is”. He also states that “the avoidance of small mistakes makes the large ones more severe”. Over the past few years we have been avoiding the small mistakes.

If there is one thing we know about Black Swans, it is that we won’t be able to predict what it will be, when it will occur or how significant the magnitude will be. But based on market history, we know that something at sometime will shock the markets and investors. If investors have learned to adapt to a market system that experiences volatility routinely, they will be in a much better position to react more favorably during the next crisis. And the next crisis is not an “if”, it is a “when”. Investors should welcome some volatility back into the system and allow it to strengthen their investment psyche. That will ultimately help them be in a position to improve their outcomes.